According to a report from South Korea, Samsung has brought a new technology to market. This makes it possible to integrate the auricle into the display.

Samsung has started the trend with Galaxy S8 to always use small display frames. Other manufacturers went a bit further. The technology was limited to a minimum of space. This was the birth of Notch. The best known is probably the iPhone X Apple made this technique, but also manufacturers such as LG, OnePlus and Huawei are now on the notch on the upper display.

But Samsung would not have much of a chance to offer a notch as well. You see yourself as the trailblazer and not the aftermath of the smartphone industry.

Samsung is said to have already shown a new technology in May: a market-ready bone noise display. Samsung calls this technique probably “sound integrated into display” and wants to trigger a new “wants to feel” with it. According to rumors, Samsung plans to launch a 6.2-inch smartphone with this technology in 2019. Looking at Samsung’s smartphone models now, the Galaxy S10 is a likely candidate for such a smartphone. Especially since Samsung certainly does not make this technology available in its mid-range smartphones first.

But what about the rest of the technology? Not only the earpiece but also the proximity sensor and front camera are in the upper display frame. There is no information about this until now. We will not have to do without the Galaxy S10 on the stereo speakers. It will be interesting to see how Samsung will solve these problems. We will keep you up to date. 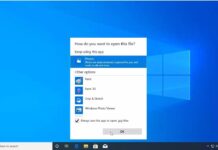 WP Hacks: How to update WordPress or Plugins With Stored Passwords

I will setup, customize and redesign your WordPress site | shmilon-fiverr

Sazid Hasan Milon - October 27, 2017 0
HOW TO CREATE & VERIFY PAYPAL ACCOUNTPayPal is a secure online payment method, which allows you to pay or get paid quickly and easily without...
Go to mobile version